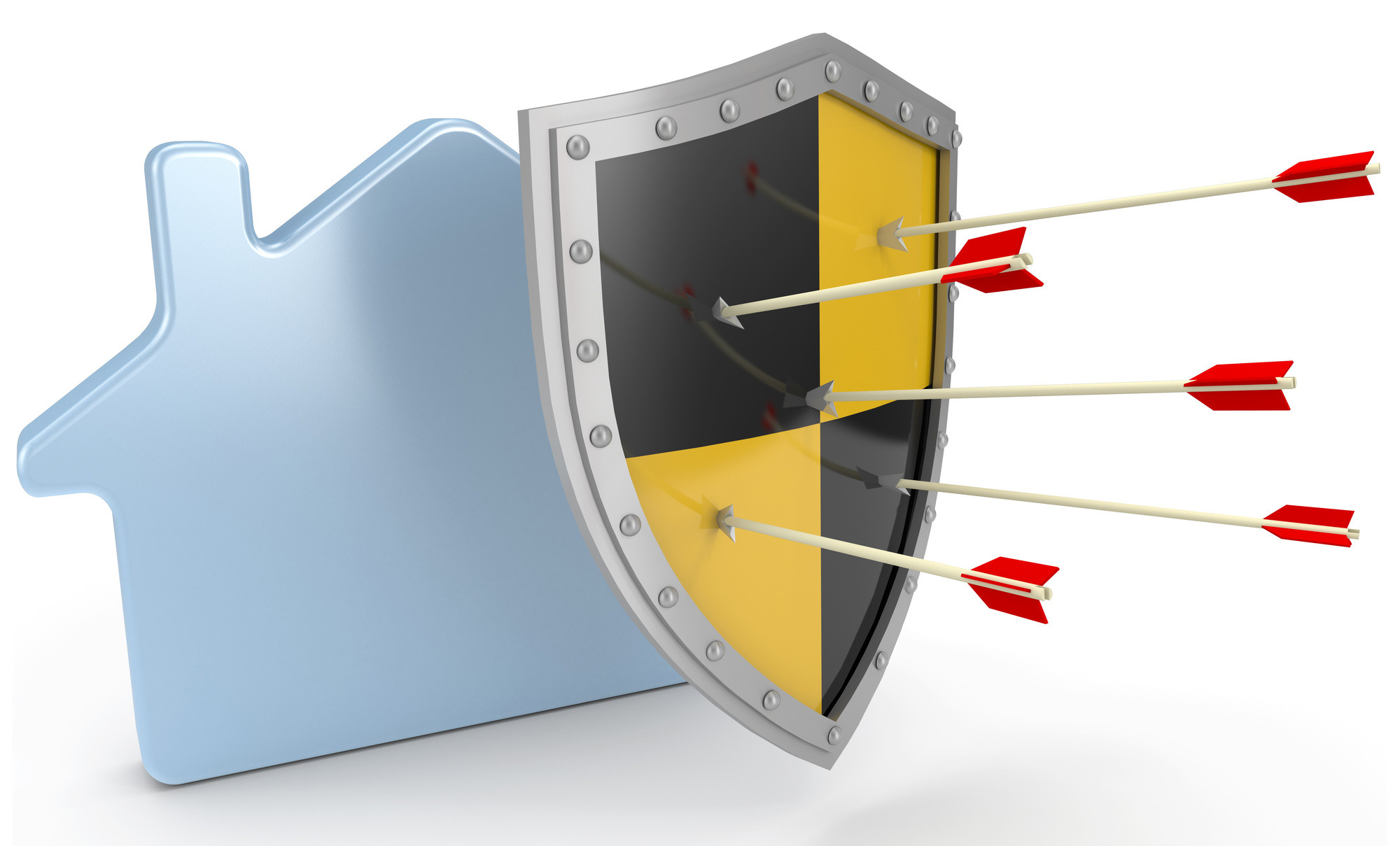 Did you know that burglaries take place in the United States around three times every minute?
This is a frightening statistic. Those numbers add up to nearly 200 burglaries per hour, and almost 5000 each day.
In fact, a property crime (which includes larceny-theft, motor and vehicle burglary) takes place every 3.8 seconds.
This is just one stat that you should take note of when considering protecting your building with a residential security company.
Should you choose to employ such a service, your residents will feel safer knowing that the property is at less of a risk of being one of these targeting buildings.
And if that’s not enough to inform you, here are 10 more statistics about residential theft that you should be aware of.
[mk_button dimension=”flat” size=”large” url=”https://www.opssecuritygroup.com/building-security-checklist-lp/” align=”left” button_custom_width=”800″ bg_color=”#f05623″ color=”#ffffff” btn_hover_bg=”#1c427a”]Download: Building Security Checklist for Property Managers[/mk_button]

1: Most Burglaries Are Carried out by Someone Who Lives Close By

This stat may shock you. It’s proven that the typical burglar is practically a neighbor. They tend to reside within a two-mile radius of the property they are targeting.
It’s unlikely that, in a building full of residents, it will be an inside job. And so this means a lobby security guard is even more crucial.
You might wonder why a burglar would operate so close to home. The answer is simple: they can easily become familiar with a building and it’s residents, keeping tabs on their movements and suss out when to strike.
They will know which points in the day people are not at home. They will also notice if you are notably absent for a lengthy period of time, on vacation for instance.
Because they’re operating on their own doorstep, they can easily track potential victims and strike at the best time, meaning around the clock guarding is key.

2: A Burglar Will Avoid Buildings with Residential Security Guards

The University of North Carolina at Charlotte’s Department of Criminal Justice and Criminology conducted research with convicted burglars.
This study found that approximately 60% of these burglars decided to target an alternative building or house after discovering it had a security system or a 24/7 guard.
This statistic alone proves that having residential security at your complex could be a major deterrent in swaying thieves to focus their attention elsewhere.

It’s a common misconception that residential burglaries take place in the dead of night, while the occupants are sleeping or out for the evening.
But the majority of home burglaries happen during the daytime.
The members of a household will normally go out for a lengthy period, with parents at work and children at school. This sees residents out for hours at a time. On top of this, your neighbors are most probably out too.
This means an apartment block is quieter and there’s more time for theft to take place.
By using a 24/7 guard at your building, you immediately eradicate this idea of an empty, quiet environment.

4: Approximately 30% of Burglars Gain Entry to a Property Via a Door or Window Left Unlocked

Nearly a third of burglaries are made possible because the homeowner has left a window or a door unlocked.
Nearly 23% of burglars enter homes through first-floor windows as they are often the weakest points of a property.
While it’s unlikely to deliberately leave windows open, it’s likely the average busy family could absentmindedly forget to secure every entryway on a typical day. This is especially common during the summer months, when windows and doors are left open more often. Unfortunately, this is a welcome opportunity for a burglar.
A building with residential security guards will immediately put a potential thief off trying to scour the residence for unlocked windows. The presence of the guard is enough to scare them off.

The slickest burglaries will only take 10 minutes robbing a house or apartment. This is not a long period of time when people can often be out for 8 hours or more on an average day.
This is partly because burglars look for homes that are easy targets. This often means they are smaller properties and won’t take long to infiltrate and rob.
A burglar might very well pinpoint an apartment building thanks to the collection of small residencies.
A guarded building, with regular patrolling, reduces this risk.

6: 3 in 10 Burglaries Happen When Someone is at Home

It’s a chilling fact that around 30% of these home crimes happen while the resident is actually still there.
This is a terrifying situation for anyone to face, knowing that they’re trapped inside with a criminal. Perhaps even more frightening is being unaware, only to find out afterward that they were in close proximity of the burglar.
Even scarier is that many of these cases involve violence. According to a crime victimization survey carried out by the United States Department of Justice, 7% of victims at home during a burglary experienced some type of violent crime.
This added threat increases the need for residential security even more. If burglars target properties with people still home, it’s wise to add an extra layer of protection in the form of 24-hour guards.

7: 34% of Burglars Enter a Home Through the Main Entrance

Surprisingly, burglars won’t avoid using the front entrance of a building to get inside. If anything, getting in via the building’s main entry point will raise less suspicion among any onlookers.
A gutsy 34% of burglars take the front door approach. This is a higher percentage than any other entry point of the home.
By having security guards in the lobby, where residents might forget to lock the front entryway, thieves will immediately be frightened off.

8: The Master Bedroom is Usually the First Place a Burglar will go

While there might be rooms that feature expensive gadgets, burglars tend to target the master bedroom.
This is because people often keep their valuables there, and will leave them on display.
A criminal is likely to want to rummage through a dresser or nightstand for jewelry, but also money. On top of this, there’s usually a television in a bedroom as well.
Bedrooms are often where people might hide things too. Under a mattress, tucked away in the back of a closet. Weapons are also often kept up there too.
It’s easier to find jewelry or other unique items as they have more identifiers than common items such as games consoles, iPad’s or laptops.
Owners typically don’t place serial numbers on these types of items either. This means that burglars take them to be pawned or sell them illegally on eBay.
At Christmas, be aware that presents under the tree can be a target for a burglar too.

9: Burglaries are Unlikely to Result in an arrest, be Solved or see you Reunited with your Stolen Belongings

According to data FBI data, only 1 out of 10 burglary cases will be solved.
Open burglary cases are more common thanks to the lack of evidence. Police are left without fingerprints thanks to thieves being savvy and covering their tracks.
This statistic is an incredibly frustrating residential security fact, and sadly it gives burglars an upper hand. They think they can get away with it.
Law enforcement is not flippant about these residential crimes – they simply don’t have much to go on. Often, it can be put down to the home owner’s lack of residential security.
Police departments are required by the FBI to report what is known as a clearance rate. If an arrest is not made in a burglary case, it cannot be cleared. Exceptional clearances take place if an offender dies or the victim refuses to operate with prosecutors.
Also scary is the fact that many burglars return to the scene of a crime, and offend repeatedly. This means that a case that is cleared is likely to prevent other offenses happening too.
The best defense is to up the security at your building with a guard, in order to avoid this happening in the first place.

10: On Average, Property Dollar Losses Amount to $2,251 Per Burglary

This stat proves that spending money on a residential security plan is worth it.
The average property dollar loss per burglary is a staggering $2,251. This demonstrates that a burglary can be terribly stressful for a resident emotionally and financially.
Burglary victims lost $3.9 billion in 2014, and nearly 75% of the burgled locations were residential properties.

Every building needs a security plan in place in case it’s targeted by burglars.
While there are plenty of preventative actions your residents can take to avoid being the victims of a burglary, nothing assures them more than using a guard or doorman in the lobby.
Beat the odds and don’t be one of these statistics. Protect you, your building and your residents.
OPS Security Group has over 80 years of combined experience in security, safety and investigations throughout the region of Pennsylvania, Delaware, New Jersey and Maryland. We offer a wide range of flexible security and safety services designed to keep your community safe.
Contact us today to find out how we can help you develop a residential security plan for your home or business.